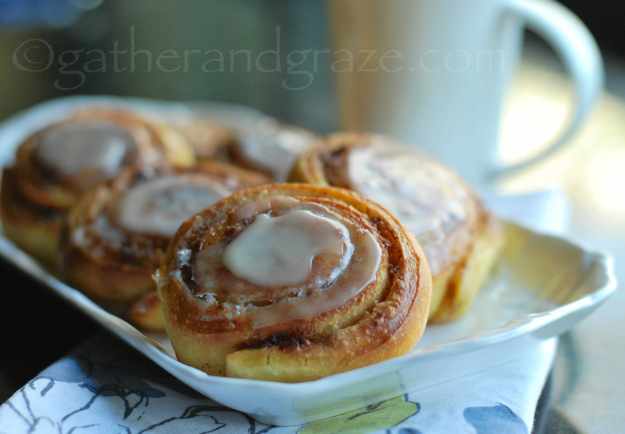 These Cinnamon & Saffron Scrolls would have been much better for my waistline had they been made on a weekend. In that case, they wouldn’t have been sitting there on the bench top, urging me to eat them… with no one around to say “Oi, haven’t you had quite enough of those, young lady?” Perhaps I’ll make them again tomorrow to see if my theory works!

After an attempt at making Mimi Thorisson’s recipe for Kouign Amann not so long ago, which resulted in a very disappointing and rather unpleasant butter-dripping mess, I decided, upon reading the recipe for these scrolls, to halve the amount of butter (and sugar) that is slathered over the dough before rolling it up, as it really did seem quite similarly excessive. I used dried yeast in the place of fresh yeast, so have amended the recipe accordingly and unfortunately was without ground coriander in the pantry, so have amended the title of this lovely recipe accordingly too. The original recipe comes from Jane Lawson’s book titled ‘Snowflakes and Schnapps’, which encompasses a beautiful array of Northern, Central and Eastern European dishes.

Wishing you all a relaxing and happy weekend.

To make the Scrolls:

Place 80mls (⅓ Cup) of the warm milk, along with the saffron threads and sugar into a small mixing bowl. Stir and then leave to sit for about 15 minutes, until the milk has transformed into a beautiful yellow colour.

Note: If using fresh yeast rather than dried yeast, add this to the milk, saffron and sugar, along with 2 teaspoons of the flour at this stage and mash to dissolve the yeast. Allow to sit for the same amount of time (15mins), or until frothy. 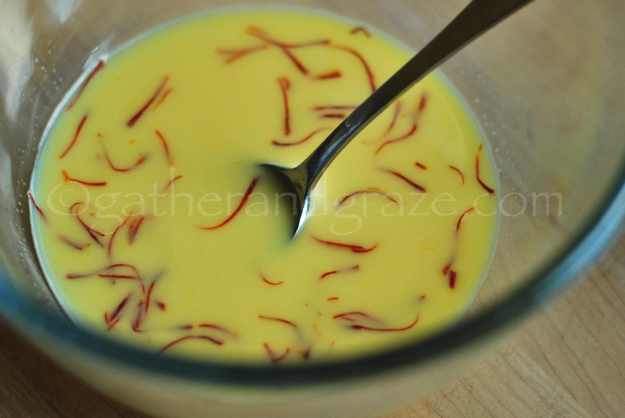 In another small bowl, beat together one of the eggs and the egg yolk, then add this to the milk, stirring to combine. Now drizzle in the melted butter, continuing to stir as you do so.

Sift the flour and salt into a large mixing bowl and lightly stir in the dried yeast. Make a well in the centre. Pour the liquid ingredients (including most of the remaining milk) into the flour and bring together to form a soft, pliable dough. Rest for about 1 hour in a large greased bowl, covered with plastic wrap, until doubled in size.

Punch down the dough and then on a lightly floured surface, roll out the dough into a large square, about 5mm (¼in) thick. Spread the softened butter over the top and sprinkle with the brown sugar, ground almonds and cinnamon. Then roll up tightly to form a log. 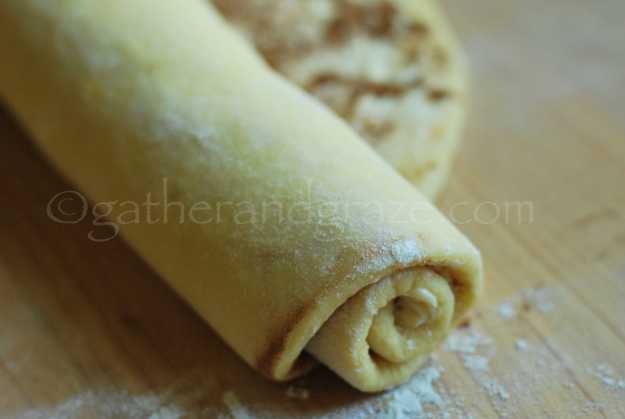 Using a sharp knife, cut into 2-3cm slices and place the rounds onto baking trays that have been lined with baking/parchment paper, leaving about 1.5cm between each scroll for spreading. Cover the tray with plastic wrap and once again leave in a warm place for about 1 hour, or until doubled in size. 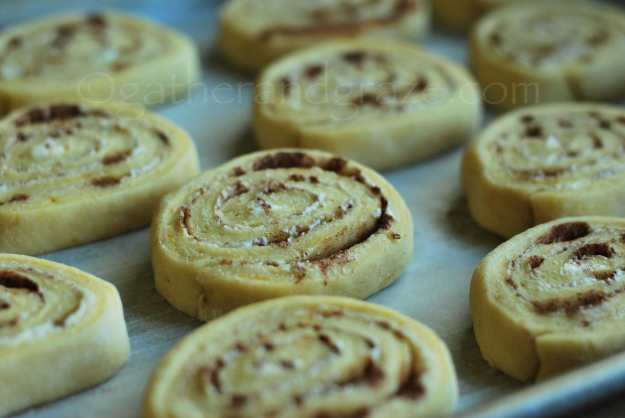 Beat the extra egg with 1 tablespoon of water and then brush lightly onto the scrolls, which will give them a lovely glossy finish. Place into the oven and bake for about 15-20 minutes, until golden. When ready, remove from the oven and transfer the scrolls to a wire rack to cool for about 5 minutes, before coating with the following icing.

To make the Icing:

Mix together the icing/powdered sugar, lemon juice, vanilla extract and a little water (if required) to make a runny consistency icing.

Use half of the icing to glaze over the scrolls once they’ve been out of the oven for 5 minutes. Then leave the scrolls to sit and cool for a further 10 minutes, before using the other half to add a second layer of icing.

Serve with a nice hot cup of tea or coffee! 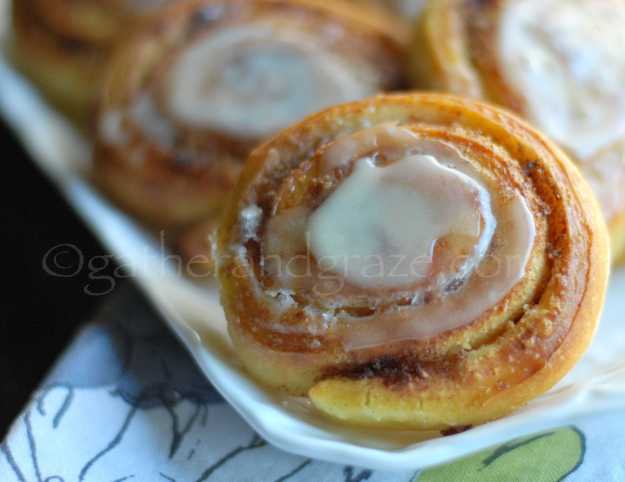 Leave a Reply to Gather and Graze Cancel reply 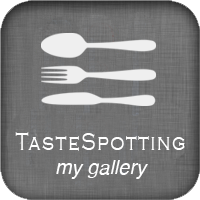